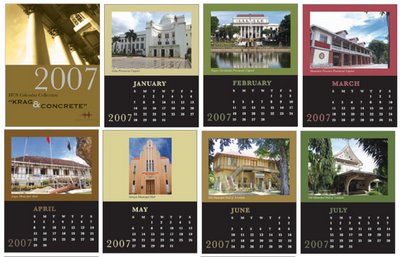 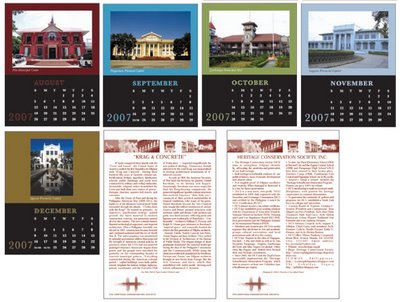 For a closer look, you can download a pdf file here.

PUBLIC schools were to the American colonial regime what Baroque churches were to the Spanish period. In their time, both were the most imposing structures in all our provinces, cities and towns. As Spain used religion to colonize and Hispanize, the United States of America established the public education system for "pacification" and Americanization.

Lamentably for heritage conservation, most of the school houses built during the Spanish colonial period were reduced to rubble during the Philippine-American War (1899-1911) and when the Philippine Commission sent the American Secretary of War a telegram about the "pacification" strategy, Eng. Edgar K. Bourne was instructed to go to Manila. Daniel Burnham, famous city planner, and other American architects soon followed.

Acting rapidly, the Philippine Commission passed Act No. 268 creating the Bureau of Architecture and Construction of Public Buildings, with Mr. Bourne as its head. The construction of schoolhouses in Manila and the provinces began and this activity was viewed as the most important work of the Bureau.

No sooner was the Philippine Assembly formed after the elections of 1907, when Act No. 1801, authored by Assemblyman Isauro Gabaldon of Nueva Ecija, was approved and became widely known as GABALDON ACT . This appropriated Php 1 million between 1907 to 1915 for the "construction of schoolhouses of strong materials in barrios with guaranteed daily attendance of not less than sixty pupils…"

Funds for each school could not exceed Php 4 thousand unless the municipality contributed a counterpart sum of not less than fifty percent of the total amount granted to it by virtue of the Gabaldon Act. The municipality was authorized to appropriate its own funds, receive voluntary contributions in cash, kind, or in manual labor, for the construction of schoolhouses.

The Gabaldon Act stipulated that only on land owned by the municipality could schools be constructed. Because proposed sites had to be surveyed and registered with the Court of Land Registration, very few schools were erected in the first three years. As separate planning for each school was burdensome, the Bureau of Public Works and Bureau of Education soon came up with standardized designs. These were known as "Gabaldon School Buildings" or simply "Gabaldon," long after the expiration of Act 1801.

Fifty-one "Gabaldons" were completed by 1911 and by 1916, four hundred five more were constructed bringing the total number of classrooms to one thousand eight hundred fifty-two. Three hundred twenty seven of these "Gabaldons" were made of concrete. In the Gabaldon-style school, there was architectural harmony between the main building and other accessory structures. As it turned out, an elegantly-designed school instilled in both teachers and students a certain pride and an appreciation for the finer things in life. (gemma601@yahoo.com)
Posted by Ivan Henares at 6:46 AM 7 comments: 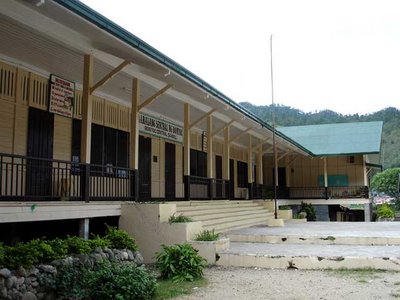 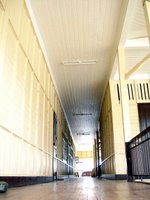 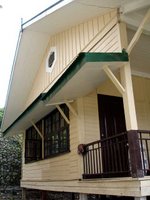 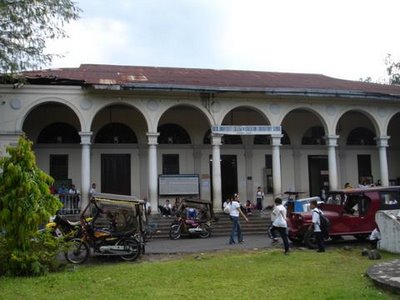 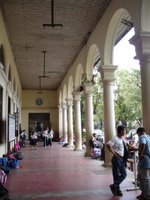 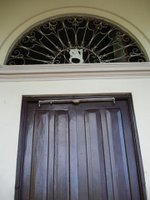 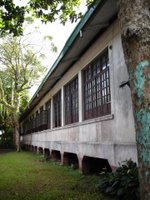 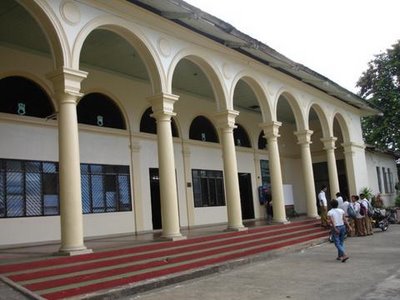 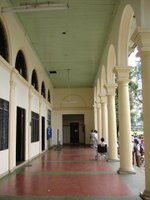 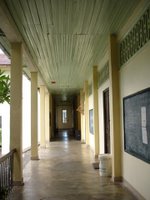 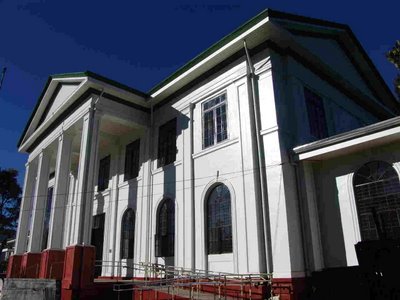 Baguio Central School, a public school built in 1923 got a facelift from the Department of Education and the Heritage Conservation Society (HCS). Baguio Central School is the second heritage school renovated under the Heritage Schoolhouse Program of the Department. It is under the supervision of the Physical Facilities and Schools Engineering Division headed by Engineer Oliver Hernandez.

The first 25 students of Baguio Central School were in one room of the house of Ibaloi herdsman Mateo Cariño, one of the founding fathers of Baguio. Then the school moved in 1901 to another house where the present public market stands. It expanded into an industrial school where American teachers taught livelihood trades. Then the school moved to a two-classroom building, with a dormitory and a mess- hall kitchen.

The school transferred to its present site with 11 classrooms, constructed of concrete and Baguio pine. The school was destroyed during World War II but was rebuilt in 1949. Although it has been in use since then, it fell victim to poor maintenance until its renovation in 2004. Total rehabilitation was completed in January 2005.

Among the structures identified by DepED as heritage landmark sites that need to be restored soon are Pampanga Central School; Legarda Elementary School; and the Teacher’s Camp, Baguio City.

A master plan has been drafted for the renovation of the Teacher’s Camp which was created by the Bureau of Instruction in 1908. Teacher’s Camp serves as the summer venue for educators to meet, to study and to develop the education workforce. The restoration and adaptive re-use program for Teacher’s Camp is in preparation for its centennial anniversary in 2008.

Posted by Ivan Henares at 11:57 AM No comments: A PIONEERING partnership by the Department of Education (DepEd) and the Heritage Conservation Society (HCS) has been implementing the Heritage School Building Restoration Program.

DepEd and HCS will identify and restore one heritage schoolhouse in each region of the country. HCS will then organize a consulting team to provide the restoration and technical expertise and oversee the restoration together with DepEd engineers.

The first to be completed is the historic Rizal Elementary School in Bacolod. The renovated structure was inaugurated last Saturday, June 19, the birthday of the national hero Jose Rizal.

The program restored the Rizal Elementary School building to as close as it could get to the original state. Set back from the street by an elegant tree-shaded plaza, the two-story building was typical of those constructed during the era. However, insensitive remodeling over the years altered the interior of the 1907 building. Finally it was abandoned and left to deteriorate.

Its original construction of wood supported by a concrete base survives. A verandah wraps around the ground floor and an old acacia tree shades its open second story.

Large sliding kapis windows above ventanillas that reach to the floor open up large sections of wall to the outdoors. To maximize the interior airflow, interior partitions have rows of pierced wooden fretwork (calado) panels that meet the high ceiling, allowing air to freely circulate within the building.

Its high-pitched, galvanized-iron roofing sweeps way past windows and walls with a generous overhang that shades the building and keeps rain away.

Attuned to the tropics, the building is breezy and cool. Being inside the restored building today proves that old-style tropical architecture is still the best for our climate. Mature shade trees cool the breeze that once again flows through the large windows.

The restored building shows that instead of being rendered obsolete, old structures can still be recycled for modern academic uses. The ground floor of the newly restored building will house a state-of-the art computer laboratory, a music room, and administrative offices. The first-rate library that Rizal Elementary School deserves will occupy the entire second floor.

The rationale behind the program is to make history come alive for teachers and students by recycling historic structures not as ivory-tower museums but as classrooms and laboratories for everyday use. The program projects heritage as touching all aspects of daily life, not as an irrelevant, elitist notion as the common misconception has it.

Now that teachers and students will once again use the heritage building, the history of the Rizal Elementary School and the DepEd comes back to life, making the public aware of the heritage of the school and of the DepEd's legacy of nation-building through literacy.

Originally founded in 1901 as the Instituto de Rizal, the school was renamed the Rizal Institute in 1903 when the American Thomasite teachers arrived in Bacolod. When it transferred to the present building in 1907, it became Bacolod High School until 1924, when it changed name to the Occidental Negros High School.

The tradition of mass education in the Philippines started in 1901 when 1,074 American teachers sailed to our shores aboard the transport ships Thomas and Sheridan. Since the majority of them arrived on the Thomas, they were called the Thomasites.

The Thomasites quickly fanned all over the country, setting up schools in far-flung localities where no school facilities existed.

Representative Isauro Gabaldon authored Act 1801 of the National Assembly, which allocated P1 million for the construction of elementary schools all over the country. The buildings are generically called Gabaldon Schoolhouses.

Yale graduate William Parsons, the consulting architect of the Bureau of Public Works from 1905-1914, prepared a set of standard designs for one-story buildings that were slightly elevated above ground, with classrooms along one side of an open gallery. Nipa roofs recalled the bahay kubo and so did the swing-out windows with kapis panels.

To celebrate the DepEd's century of existence, the program will restore different types of school buildings typical of the American colonial era when the public-education program in the Philippines was a high government priority.

Scheduled for completion in October is Baguio Central School.

Heritage studies are not formally offered in most universities. To introduce heritage to the university curriculum, the HCS is coordinating teams of history, engineering and architecture students from Manila and Baguio universities to document the heritage structures in Teachers Camp in Baguio.

The student involvement will lead to the preparation of architectural plans by conservation professionals for most of the Teachers Camp structures.

By restoring classrooms, the DepEd drives home the lesson that patrimony lives and continues to be relevant to our lives. Classes in heritage classrooms provide experiential learning on patrimony with a stronger impact than textbook instruction.

E-mail your feedback to afvillalon@hotmail.com
Posted by Ivan Henares at 12:03 PM 1 comment: 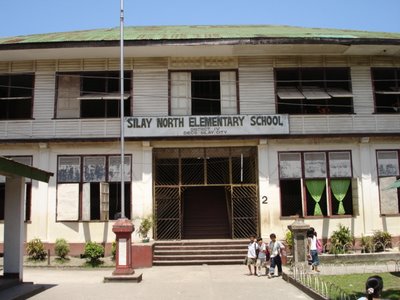 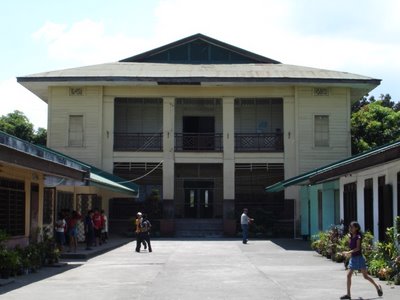